The global CEO of bp has visited the Tees Valley today (Wednesday 7 July) to meet Mayor Ben Houchen to discuss the multibillion-pound clean energy schemes set to be developed in the region.

Mayor Houchen led Bernard Looney on a tour of the Teesworks site to see first-hand the progress being made in developing the UK’s largest Freeport as well as giving Mr Looney his first chance to visit the footprint of the NZT Power facility.

NZT Power aims to be up and running within the next five years and, when complete, will create 5,500 direct jobs during its construction and add £450million to the economy each year. The scheme plans to capture up to 10million tonnes of CO2 emissions each year, equivalent to the emissions associated with the annual energy use of up to three million UK homes.

H2 Teesside, announced in March this year, is targeting 1GW of hydrogen production by 2030. The project converts natural gas into hydrogen and carbon dioxide, with two million tonnes of CO2 per year captured and also taken for subsea storage via the Northern Endurance Partnerships offshore infrastructure.

Tees Valley Mayor Ben Houchen said: “It goes to prove that we’re firmly on the map when the CEO of one of the world’s largest companies pays you a visit to check to see one of the UK’s most important developments for meeting the ambitious targets of the country becoming net zero by 2050.

“I’m proud today to be able to show the progress we’re making not only making our land ready for investments such as NZT Power and H2 Teesside but to also present the many other projects and plans we have in the pipeline across the whole of Teesside, Darlington and Hartlepool.

“We have been working alongside bp for years on these transformational projects. It’s been great to speak to Bernard and to know that we both share the region’s ambitions to become a clean energy powerhouse for the UK, as well as supporting other nearby industries in converting to use hydrogen over natural gas and other energy sources.

“The schemes under way with bp will create hundreds of good-quality, well-paid local jobs for people from across the region as they enter their construction phase, as well as securing thousands more for the future.

“From offshore wind to developing fuels of the future Teesside, Darlington and Hartlepool are at the forefront of the green revolution and creating the good-quality, well paid jobs of the future right now.”

“The projects we are planning here with our partners can help make Teesside the world’s first decarbonised industrial cluster. This can help protect and create thousands of jobs, attract further investment and help enable the Government’s Ten Point Plan.

“I greatly appreciate Ben’s leadership in driving these plans forward and am delighted to be in Teesside to meet him and other important stakeholders, to learn a lot more about the area and see it first-hand.”

Cllr Mary Lanigan, Leader of Redcar and Cleveland Borough Council, said: “It was extremely encouraging to meet the CEO of BP, Bernard Looney, down at the Teesworks site today to discuss the plans in place for carbon capture and hydrogen production on the site.

“These schemes are at the cutting edge of the green industrial revolution and will create good jobs during construction and sustain jobs for local people for the future and they are happening right here in Redcar and Cleveland.”

The H2 project is to be developed in stages, with an initial 500MW of blue hydrogen capacity in production by 2027 or earlier and additional capacity to be deployed by 2030 as decarbonisation of the industrial cluster gathers pace. bp sees potential for further hydrogen demand in Teesside beyond 2030.

Net Zero Teesside, a consortium of the world’s largest oil companies led by bp, has partnered with Zero Carbon Humber, a similar project, to form the Northern Endurance Partnership. This is a development of an offshore pipeline network which will see captured carbon dioxide emissions from both Net Zero Teesside and Zero Carbon Humber transported and permanently stored deep underground.

Jacob Young MP said: “It’s fantastic to bring big hitters like, Bernard Looney, CEO of BP, to the Teesworks site and to hear his enthusiasm and vision for the future of our region.

“It’s about investment and it’s about growth but, crucially, it’s about bringing jobs to our region.

“The collapse of SSI six years ago represented the loss of 3500 jobs overnight. The Teesworks site represents 18,000 new jobs over the next five years, as part of the UKs largest Freeport.

“We are the infant Hercules – the ironopolis which built every metropolis. Now we’re leading the world again, this time through new green technology, to a cleaner, safer and healthier future for all of us.” 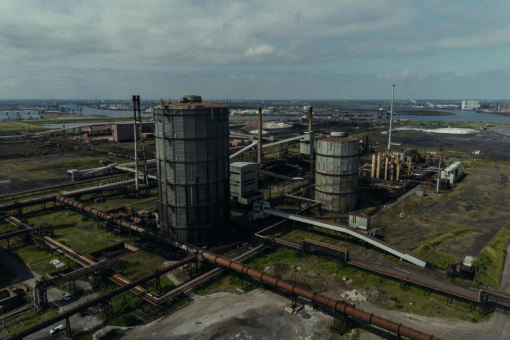 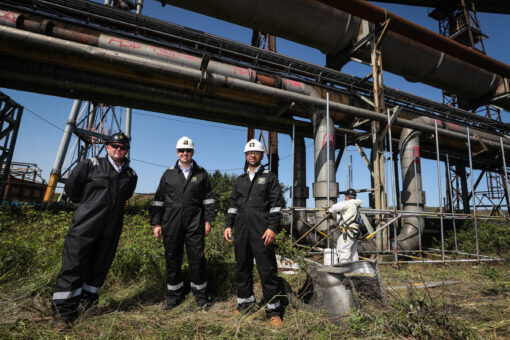 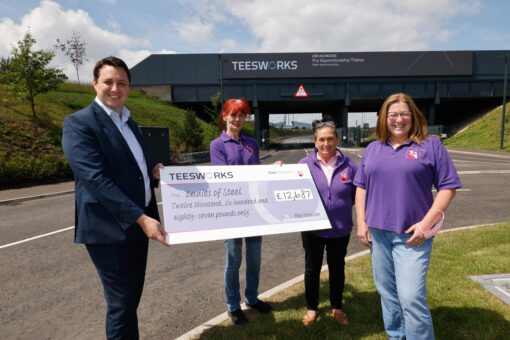 More Than £25,000 Raised for Good Causes as Teesworks Coins Sell Out