From three onsite port facilities to Teesside International Airport and convenient rail and road networks, Teesworks is a gateway to global markets.

The deepest port on the east coast of England.

Positioned at the mouth of the River Tees, Teesworks offers direct access to the North Sea, unlocking the trade hubs of Europe as well as gas and oil feeds, and Dogger Bank Wind Farm. The site itself encompasses the major port facilities of Teesport, Redcar Bulk Terminal and the soon to be built South Bank Quay.

As the UK’s third largest port by tonnage, Teesport is owned and operated by PD Ports who handle more than 5,000 vessels, around 30 million tonnes of cargo and ½ million TEU every year. Further downstream, Redcar Bulk Terminal is one of the best deep water facilities of its kind in the UK and the deepest on the east coast of England. Capable of handling more than 13 million tonnes of dry bulk cargo a year, the terminal is also HMRC approved to store uncleared goods and has the adaptability to accommodate other cargo.

The planned redevelopment of South Bank Quay will see the construction of a 1km quay to service the offshore energy sector, providing instant access to more than 500 acres of immediately adjoining manufacturing, storage and mobilisation facilities. 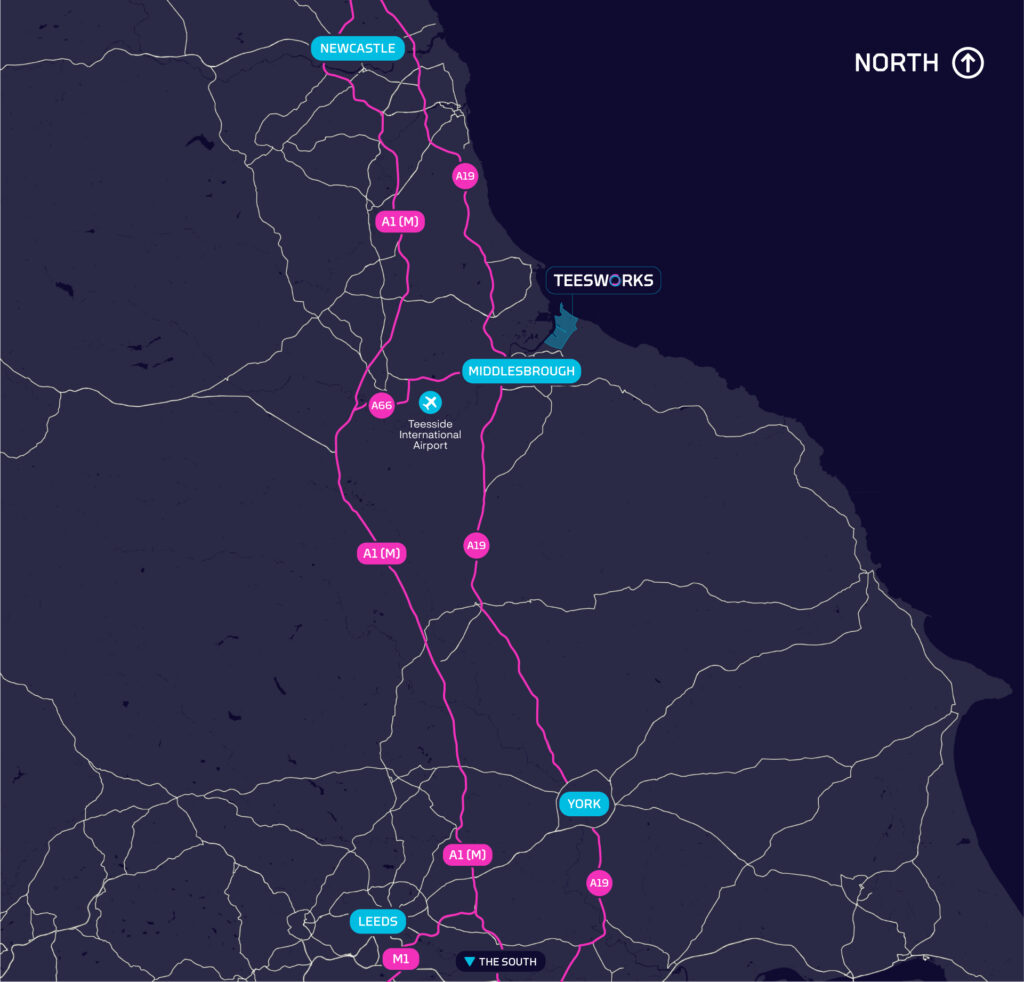 At the heart of a major export region, Teesworks also benefits from fast and reliable connectivity via road, rail and air. Modern infrastructure and convenient connectivity bring the UK’s commercial, industrial and manufacturing regions closer together.