Tees Valley Mayor Ben Houchen has today (17 September) confirmed that the demolition of the Dorman Long Tower at Teesworks will go ahead, after a successful appeal into the decision to grant it Grade II Listed status.

Historic England announced on Friday 10 September that it had designated the structure Grade II, with the listing estimated to have cost the local taxpayer £40k-£50k, halting a scheme to have it blown down and risking projects earmarked for the site.

Following the decision, the Mayor called a meeting with the Teesworks team and planners who met early on Saturday, 11 September, to begin moves to challenge the listing.

The group worked tirelessly over the weekend, which included various discussions with Historic England officials and Chief Executive Duncan Wilson. By 10.30pm on Sunday an appeal had been lodged, with the application also sent to the Secretary of State for Digital, Culture, Media and Sport.

It was revealed today that this appeal has now been successful meaning the decision to list Dorman Long Tower has been reversed and the demolition can go ahead in the coming weeks. Had the appeal not been successful, it would have cost the taxpayer in excess of £9million to maintain the structure only for it to eventually be brought down for safety reasons.

Mayor Houchen said: “Following the submission of an appeal on Sunday the 12th of September, I can now confirm Historic England and the new Secretary of State have overturned the listing of Dorman Long Tower.

“Approving our appeal was the first decision of the new Secretary of State, this goes to show just how important the successful redevelopment of the Redcar former steelworks site is to everyone in government.

“This reverses the decision on its Grade II listing made after an application by local activists that, if allowed to stand, would have cost the taxpayer in excess of £9million.That’s money that would not be spent on the creation of jobs, the NHS, transport and other important services. Worse than that, it would have cost thousands of jobs and hundreds of millions of pounds of investment that we were – and still are – trying to bring to the site where Dorman Long Tower currently stands.

“Historic England has accepted that the listing was a mistake, it was made by a junior officer who agreed the listing without ever seeing the structure itself. The application that was made was inaccurate, incomplete and misleading and would have put the progress and jobs at risk.

“I would like to send a message to those that think trying to stop these developments is the right thing to do – our heritage does not lie in a rotting coal bunker, our heritage lies in the people that built this great region.

“It lies in the structures that stand tall across the world, from The Shard, Sydney Harbour Bridge and One World Trade Centre. That is our heritage, and to try to keep a structure that’s been left to wrack and ruin and that cannot be saved, delaying and putting at risk thousands of jobs we’re trying to create for local people, is utterly ridiculous.”

It is one of the first decisions taken by Nadine Dorries MP, the new Secretary of State for Digital, Culture, Media and Sport, since taking office on Wednesday. 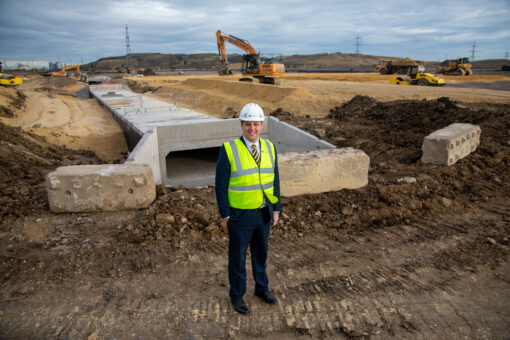 WORK RAMPS UP ON NEW ROUNDABOUT FOR TEESWORKS ACCESS 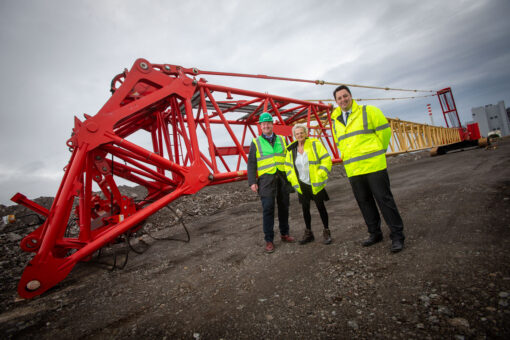