A major milestone has been reached today (21 December) as Tees Valley Mayor Ben Houchen confirmed that plans for the entire Teesworks site have been submitted.

Proposals for more than nine million sq ft of business and industrial space, the region’s biggest ever planning application, have been submitted, across 780 acres of land – as large as the City of London.

The plans will create up to 11,400 jobs when fully operational, meaning that, alongside the recently announced 9,000 jobs as part of the 4.5million sq ft manufacturing space and new South Bank Quay, the site is on course to surpass the 20,000 jobs target laid out in the site’s Master Plan.

February’s successful compulsory purchase proceedings mean that, despite the Covid-19 pandemic, every part of developable land has now been brought back into public ownership, with a clear plan in place for the entire site.

Tees Valley Mayor Ben Houchen said: “This is another major milestone for the former Redcar Steelworks site just days before Christmas. Only months after securing the land, and with all the difficulties that the coronavirus pandemic has thrown up this year, we now have plans in place for every developable part of Teesworks.

“The latest plans for nine million sq ft of business and industrial space, the region’s biggest ever planning application, could house the grounds of every single EFL and Premier League football team in the UK – and is equivalent to 2.5 times the size of Middlesbrough’s Stewart Park.

“My plan for jobs is to create good quality well paid jobs for when we recover from the pandemic. The 11,000 jobs that these plans will create means that we are well on target to reach our 20,000 target way sooner than I ever envisaged.

“All of this wouldn’t be possible without the fantastic work that local people and local businesses have done on site this year, getting the land ready for redevelopment. We’ve created 557 jobs for local people on Teesworks in the last few months, from former steelworkers to apprentices, who have all worked incredibly hard whilst earning good money for themselves and their families.

“Of course, this is a long-term project, and there is lots of work to do, but I am blown away by the progress we’ve made this year. Many people thought it wouldn’t be possible and what we were promising couldn’t be achieved, but we are turning Teesworks into a site that former steelworkers and people in Redcar and across Teesside can be proud of again.”

Councillor Mary Lanigan, Leader of Redcar & Cleveland Council said: “These planning applications have the potential to create nearly 10million square feet of industrial space and over 11,000 jobs for local people and achieve significant inward investment on the Teesworks site, which is vital for the future prosperity of the area and the region.

“The progress being made on site this year is great to see and especially important as we slowly emerge from the Coronavirus pandemic. There is still a long road ahead however this latest news is definitely another big step in the right direction.”

Jacob Young, MP for Redcar, said: “It is only by creating opportunity that the people of Teesside will be able to flourish and that is exactly what our Tees Valley Mayor is making happen.

“These plans mean thousands of high-quality jobs, genuine prosperity, and a new dawn for the people of the entire Tees Valley.”

The plans have been submitted on zones within Teesworks named Dorman Point, The Foundry, Steel House, Long Acres and Lackenby. A total of £13.5million of investment is already being used to transform the land at the Dorman Point and Long Acres zones. Dorman Point is lined up to accommodate the new Tees Valley Energy Recovery Facility, an initial £300million capital investment creating more than 300 jobs during construction, expected to begin next year.

The Foundry is a 530-acre site which will neighbour Net Zero Teesside and is currently home to industrial assets planned for demolition such as the Redcar Coke Ovens. This zone will help establish Tees Valley as the UK’s first decarbonised industrial cluster. It is also adjacent to Redcar Bulk Terminal and perfectly placed for heavy manufacturing and global exporting.

The plans submitted for Steel House zone include additional office space on the land surrounding the iconic structure with further details set to be revealed in the new year. At Lackenby, 92,000sq ft of new industrial space will be developed following the demolition and clearing of the BOS plant.

The individual planning applications that make up the major milestone include; 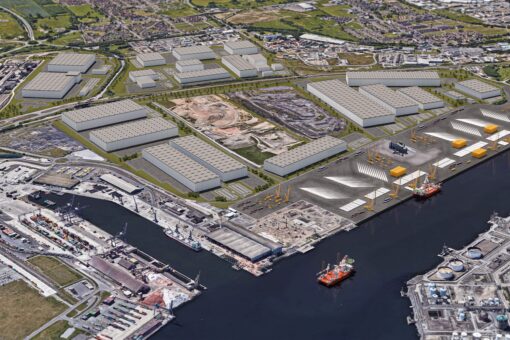 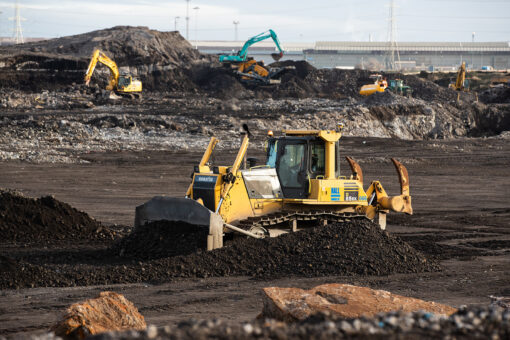 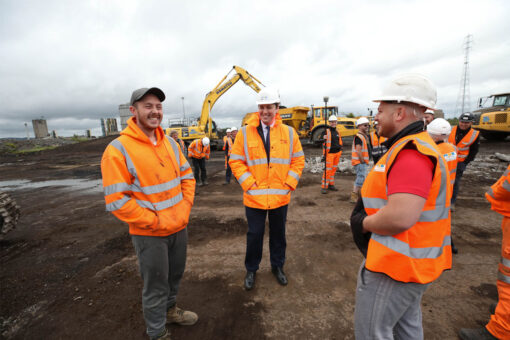