The Teesside Freeport will begin operating from early November, making it the first freeport to be up and running in the UK.

At an event at Wilton Engineering, Mayor Houchen revealed the logo and branding for the new freeport, developed by Middlesbrough-based branding agency Better, to local MPs, local businesses, and river users.

The freeport will help businesses benefit from a wide package of tax reliefs, simplified customs procedures, streamlined planning processes to boost redevelopment and government support to promote regeneration and innovation.

The Teesside Freeport is the UK’s biggest, with sites operating right across the region – including at Teesworks, Wilton Engineering, Teesside International Airport, the Port of Middlesbrough, the Port of Hartlepool, Liberty Steel, LV Shipping and Teesport – providing a boost to the whole of the Tees Valley.

The freeport is expected to create 18,000 jobs over the next five years and drive billions into the region’s economy by encouraging further long-term inward investment in the region and enhancing trade – without sacrificing environmental protections or workers’ rights.

Tees Valley Mayor Ben Houchen said: “After years of campaigning for freeports to be introduced into the UK, and for Teesside to be the first post-Brexit, I’m delighted that today we have made that ambition a reality.

“Of course, this is only the beginning of the game-changing freeport, set to create thousands upon thousands of good-quality, well-paid jobs that local people are crying out for while driving growth and investment, ultimately putting more money in people’s pockets.

“We’ve had a number of great announcements around Teesworks recently, including a £107million investment in South Bank Quay which is now under construction, the reveal of our new Teesworks Skills Academy and GE Renewable Energy’s wind turbine blade manufacturing facility being located here, demonstrating that we’re already seeing the benefits of the Freeport.

“But this is about much more than just Teesworks. It will have sites in every corner of Teesside, Darlington and Hartlepool including Wilton Engineering.

“By spreading the benefits, it will ensure each and every community will feel the impact from the jobs the freeport will create, the investment it will drive and the regeneration it will enable.”

Mark Easby, Managing Director at Better, said: “We are proud to continue our partnership with Mayor Houchen and Tees Valley Combined Authority with the launch of the new Teesside Freeport brand, which reflects the ambition, scale and opportunity of the UK’s first and biggest freeport.

“As an agency with its heart in Tees Valley, we understand the significance of the freeport and the opportunities it will create for our area. This is another significant moment in the history of Better and, alongside our recent work on Teesworks, we believe we’ve built a brand that will play a major role across the Tees region for years to come and will symbolise a catalyst for further change.”

Jacob Young MP said: “Teesside led the world in the first industrial revolution. What started on the banks of the Tees changed the world. Now, thanks to our Freeport, we can do the same again. This will bring thousands of jobs to Redcar and the Tees Valley in the clean industries of the future. In offshore wind, green energy, hydrogen and life sciences.

“This is the biggest opportunity for our region since Henry Bolckow looked up at Eston hills and said, ‘You know what? I reckon there’s iron in there’.” 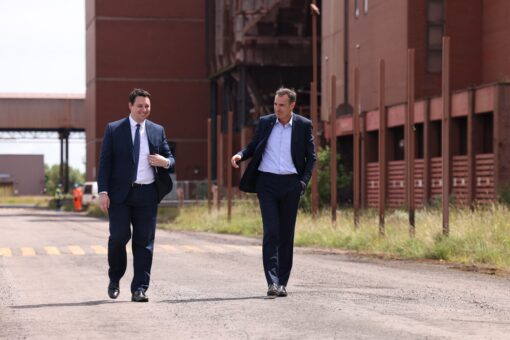 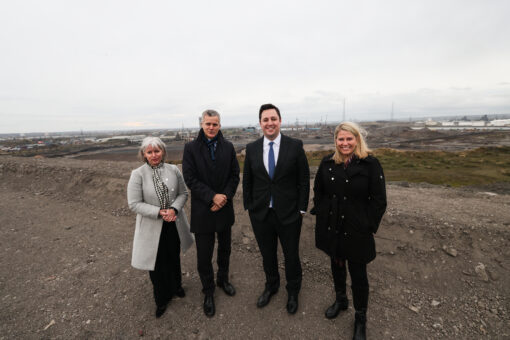 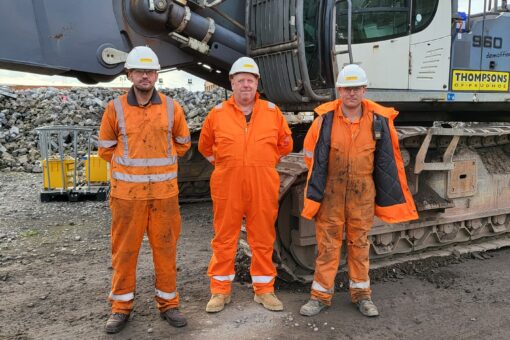 EX-ARMY ENGINEER IS LATEST TO BENEFIT FROM TEESWORKS SKILLS ACADEMY